Skip to the content
by DALAI LAMA
When we are angry we are blind to reality. Anger may bring us a temporary burst of energy, but that energy is blind and it blocks the part of our brain that distinguishes right from wrong. To deal with our problems, we need to be practical and realistic. If we are to be realistic, we need to use our human intelligence properly, which means we need a calm mind.

There is no place on this battle ground for the self righteous weak who parade around in a cloak of anonymity and self importance throwing daggers at the very ones brave enough to fight.”
Posted Jan 23 2012 in SUN TCI,the leading newspaper in Turks and Caicos Islands

Is her disappointment because of closing or because not be informed?

Governor’s in Turks and Caicos Islands are working like Consultancy Companies,without responsibility ,because they are not elected,they are appointed!

They are getting the jobs from local people,which are doing this since years.

But because of “CORRUPTION” they are not trusted.

Turks and Caicos Islands is the first country in the history governed with only advisors!

Lillian Misick has to understand,that she is also not trusted!She have to accept it or go away like other people before her.

Wait,she will have other decisions,very important decisions in this year,served to her in parking places from the Governor or his advisors.

I feel compelled to state for the record how truly dismayed I am by the way you have gone about making, and informing us of, your decision to abolish TCInvest.

Many of us greeted your inaugural promise to run a collaborative and transparent administration in good faith and with goodwill.  And even though I have been moved on a few occasions since your inauguration to challenge you to honour it, that promise has never seemed more hollow than it did during the Forum’s closed session this morning.

I was so caught off guard when your Director of Strategy Philip Rushbrook informed me in the parking lot on Friday of your decision to abolish TCInvest that I requested an urgent meeting, which you graciously granted yesterday afternoon.

At that meeting you explained the reasons why you thought this decision was necessary.  I countered by explaining that your reasoning was fundamentally flawed because it focused entirely on the mismanagement and abuse of the agency; i.e., to coin the phrase you used, perhaps unwittingly, you were throwing out the baby with the bath water.

To be fair, I gathered that you were basing your reasoning on a report by UK Advisor Stephen Turnbull, a copy of which you were kind enough to present to me midway through our meeting. But I felt constrained to question the reliability of its findings after glancing a section on the Business Development Center : I served as chairman of TCInvest for 5 years and director of the Business Development Center 10.

I thought it would give you pause when I pointed out that it strains credulity to think that any advisor could produce a comprehensive report on the functioning of this agency, let alone my department, without speaking to me.

In fact you paused long enough to reassure me that it was only a draft report and that you were quite prepared to grant my request for the Forum to hold a public hearing so that the proffered reasons for closing TCInvest could be properly examined.

Yet less than 24 hours later you were insisting in our closed session that there was no need for further discussion because your mind had been made up, presumably based on Mr. Turnbull’s flawed and incomplete draft report.

Let me hasten to clarify that I have never questioned your authority to make this or any other decision. Which makes me wonder why you continually assert – with the gratuitous force of a parent asserting her authority to discipline her child – that you have this authority.

My sole purpose for appealing to you on this and other matters was to get you to demonstrate that your talk about making your interim administration the most honest, open, and transparent in the Caribbean is not just hot air.

Alas, that you were adamant to the point of appearing defiant this morning about your decision to abolish TCInvest, despite the earnest pleadings of members for just a chance to be heard, made it clear to all present that my appeals to you have been in vain.

I hope you appreciate how much credence this gives to those who dismissed the Forum from the outset as nothing more than a rubber-stamp for the neo-colonial machinations of British interlopers.

This is profoundly regrettable and portends dire consequences for our UK-TCI relationship.

A torch is a fire source,usually a rod-shaped piece of wood with a rag soaked in pitch and/or some other flammable material wrapped around one end.

The torch is a common emblem of both enlightenment and hope.

“Our torch” is not filling the definitions from above.

Our torch is Misterrr John Hartley,the husband of  famous lawyer Misss Monique Allen,in Turks and Caicos Islands,which earned a lot of money through Dellis Cay  companies in the recent years.It is a big question,how many interest of conflicts she had through all these times?She is representing the Trinidad institution ,lender of Dellis Cay.Dellis Cay  construction is stacked now more as two years because of political issues in Turks and Caicos Islands.

The sources in Turks and Caicos are telling that John Hartley,as husband of Miss Monique Allen,wrote letters as Torch to Trinidad institution before receivership of Dellis Cay and pushed the end of Dellis Cay with wrong  background information’s through her wife!And the institution believed them.

The same John Hartley is reporting to London as well are telling the sources in Turks.

Nobody knows their real goals?

But only  Miami Herald and The SUN reported in October 2011 about him in the below article.

Please protect yourself from their actions and read carefully the below article.

John Hartley named in million dollar lawsuit in Florida Local businessman and economist John Hartley has been named as a defendant in a $4million lawsuit that was filed last month in the United States District Court for the Southern District of Florida.
The law suit is being brought by American multi-millionaire R.D Hubbard, who is also a Turks and Caicos Islands Belonger and a major investor and property owner here. It stems from a deal in which investors were convinced to come up with $4.5 million for shares in an electric car company, but they apparently got nothing for their money.
Court documents obtained by The SUN showed that Hubbard, through Edward Burger who is acting as trustee for the Hubbard Family Trust, is suing Hartley along with, John Mattera, Bradford Van Siclen, John Ray Arnold, and Praetorian Fund Limited (www.praetorianfund.com), of which Hartley is a director.
The story was even published in the Miami Herald on Friday.
According to Miami Herald, The Fisker Karma — a sleek, plug-in hybrid sports sedan — made its long-awaited debut earlier this year, and to heaping praise.
Car and Driver called the sports car, which fetches upwards to $100,000, “striking, luxurious, and easy on big-car guilt.” Popular Mechanic added: “The Fisker Karma is a standout luxury and performance vehicle, period.”
According to the court documents, Hubbard is seeking to to recover substantial damages caused by Defendants Praetorian, G. Power, Mattera, Hartley, van Siclen, Arnold and Fund blatant and fraudulent misrepresentations in soliciting Plaintiffs to invest $4.525 million to acquire shares in Praetorian and/or G. Power, based on false representations that such interests would provide indirect ownership of Series A Preferred shares in Fisker Automotive Inc. (“Fisker”).
It is alleged that Praetorian, G. Power, Mattera, Hartley and van Siclen, at various times, represented Plaintiffs these shares were owned by Mattera, Praetorian or G. Power. However, after they made their investment, Plaintiffs never received the shares reflecting their membership interest in Praetorian. Plaintiffs then discovered that  Mattera, Praetorian and G. Power did not own the Fisker Series A Preferred shares.
It is also alleged that Arnold and First American participated in these securities violations by violating their duties as escrow agents to the Investors who trusted them to hold their moneys pending a proper closing of this transaction.
The court document said there is also an action for breach of fiduciary duty against the escrow agents for this transaction and an action for breach of contract against Praetorian, because Praetorian took Investors’ money but did not issue them shares representing a corresponding interest in Fisker shares and insofar as Praetorian and G. Power do not own the Series A Preferred shares in Fisker.
It is also alleged that Praetorian, G. Power, Mattera, Hartley, van Siclen and Fund fraudulently induced Plaintiffs to purchase membership interests by telling Plaintiffs that G. Power owned $20 million Series A Preferred shares in Fisker, and that through their investment, they would be purchasing an indirect ownership interest in Series A Preferred Fisker shares to the extent of their purchase.
According to the Miami Herald article, Mattera acknowledges he never owned Fisker Series A-1 preferred stock, which the investors were told they were buying. He did have a substantial holding of similar Series B stock, which he said he tasked associates Bradford van Siclen and John Hartley with selling. Mattera said van Siclen, the New Jersey-based private equity broker who is a defendant in the lawsuit along with Hartley, was responsible for misrepresenting the offer. A message left for van Siclen at his business, The Praetorian Fund, went unanswered this week.
The SUN was unable to reach Hartley for comment up to press time.
Published October 18th, 2011 in the SUN ,Turks and Caicos Islands. 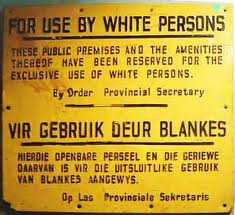 I am not a liberator.

Liberators do not exist.

The people liberate themselves.

He made this statement in Mexico 1958.

All the events since this year shows,that he was so right.

So don’t complain and liberate yourself,if you really wish this.

2012 is the year of elections around the world and very important elections.

Superpower USA will decide in November 2012 for OBAMA or not?

PUTIN will be again new President in Russia or not?

Countries with biggest populations China and India will have their elections in  2012 too.

France will most probably decide  for the end of Sarkozy

Did you realize that all these countries together represent  the half of  total world population!

How is the situation with elections   in Turks and Caicos Islands beside these Giants?

They are to many disinformation and opposite statements from different sources in TCI.

2011 elections have been postponed with a lot of excuses and reasons . Now it is time to think very deeply,if the tiny island people are able or not able to elect and govern themselves?Are they able to go back again to democracy?Or they have to listen new stories,why the elections have to be postponed again,because the decision makers are not sitting in Turks and Caicos Islands.

The brave people of the island have to work out from the first days of the year to get this basic right,before it will be again too late.