Attorney General Huw Shepheard said on Monday that he has agreed to settle civil recovery proceedings brought against Samuel Been, one of the defendants facing criminal charges as part of the inquiries pursued by the special investigation and prosecution team (SIPT).

Samuel Been
“At the same time criminal proceedings against him for an offence of conspiracy to defraud and acquiring the proceeds of criminal conduct, contrary to s29 Proceeds of Crime Ordinance 1998 will be discontinued,” Shepheard said in a statement.

The settlement will result in the transfer to the TCI government of property owned by Been at Sammy Been Plaza, Providenciales, valued at $825,000, he added.

Been is the former husband of Lillian Boyce, a former minister in the previous Progressive National Party (PNP) government, who has also been charged with criminal offences in relation to government corruption.

It had recently been rumoured locally that Been would escape prosecution by agreeing to give evidence against his co-defendants. 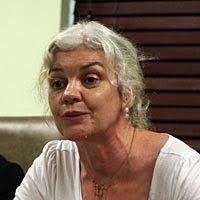