UK Chancellor welcomes commitments from Caribbean territories to enhance transparency
Published on May 3, 2013

LONDON, England — Britain’s Chancellor of the Exchequer George Osborne has welcomed news that all those British Overseas Territories with significant financial centres have signed up to the UK government’s strategy on global tax transparency – marking a turning point in the fight against tax evasion and illicit finance.

Following the recent leadership shown by the Cayman Islands, the other Overseas Territories — Anguilla, Bermuda, the British Virgin Islands, Montserrat and the Turks and Caicos Islands — have agreed to much greater levels of transparency of accounts held in those jurisdictions.

The agreement will mean that the UK, along with other countries involved in the pilot, will be automatically provided with much greater levels of information about bank accounts held by their taxpayers in these jurisdictions, including names, addresses, dates of birth, account numbers, account balances and details of payments made into those accounts. This also includes information on certain accounts held by entities, such as trusts.

The Isle of Man – the first non-US jurisdiction to agree to greater exchange of information with the UK – has also agreed to join the multilateral initiative. Guernsey too has also expressed a clear interest.

These jurisdictions have, as well as this, committed to taking action to ensure they are at the forefront of transparency on company ownership. The British government is working closely with them ahead of the UK’s presidency of the G8. Earlier this year Britain’s Prime Minister David Cameron identified tax transparency as a key priority for the summit.

This represents a step change in the level of international transparency and will make it much harder for people to escape paying taxes by hiding their money overseas.

Osborne has urged others to join this growing initiative.

He said, “This represents a significant step forward in tackling illicit finance and sets the global standard in the fight against tax evasion. I now hope others follow these governments’ lead and enter into similar commitments to this new level of transparency, removing the hiding places for those who seek to evade tax and hide their assets.”

These agreements builds on those the UK reached with Isle of Man, Guernsey and Jersey to exchange tax information automatically based on the automatic information exchange agreement with the US to implement the US FATCA law to tackle tax evasion. The British government sees this as setting a new standard in international tax transparency. 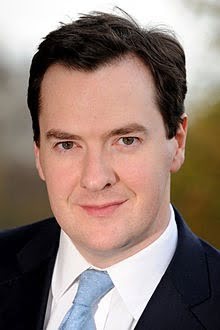