I hope that this letter finds you well. We have never met. I am Dr. Cem Kinay, the founder of Turks Ltd, the company that has being developing Mandarin Oriental     Dellis Cay at Turks and Caicos Islands until our business ran into difficulties due to the political crisis in the Turks and Caicos Islands back in 2009, some 11 years ago. I believe that the circumstances are very different now and there may be a possibility to continue to the development of my beloved project.

I am contacting you in order to communicate to you that I have investors interested to acquire Dellis Cay and in this regard, I would appreciate if you could provide my investors an opportunity to understand the current conditions for sale for this property that is in your possession.

It has been my effort to save Dellis Cay for many years, and I hope this time my investors can meet your requirements. My aim is to complete Dellis Cay as soon as possible

My investors and I are the best suited people to carry on this development, as we have the knowledge, experience, how to build on that island at affordable budgets. I don’t expect any other party to be able to deliver the same construction quality, speed, and cost within a short time-frame, i.e. 15 months from the  commencement  of  construction once we are all ready to commence Dellis Cay.

I have decided to approach you personally as I believe you can place me at the right direction.

I look forward to hearing from you. 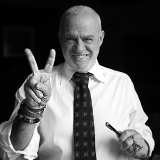