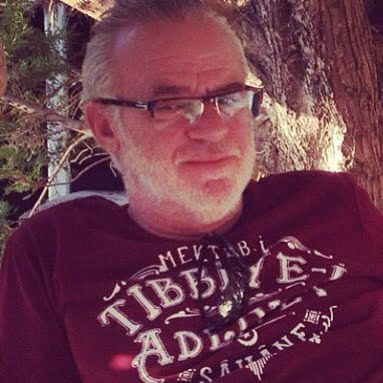 I understand from Turks and Caicos Islands media sources that a 200 acre parcel of Joe Grant Cay has been sold for $4.04m in October 2013 in a transaction that was never made public.

I was sure that one day, the truth about Joe Grant Cay’s true value will come to the light, Today, is my day. For the past 6 years, I have been living stripped of my basic human rights and assets just because the TCI Courts have concluded in connection with a political donation made to Michael Misick on 9 January 2007 “there to be a very strong probability that the money was paid as a bribe in order to ensure that the Defendant companies obtained the benefit of the proposed (Joe Grant Cay) development” disregarding the fact that there was in reality no benefit at all, as we have paid the true and accurate value of this land which was USD 3.2 million for the same 200 acres parcel back in 2008.

More specifically, on the matter of Joe Grant Cay’s valuation, His Hon Justice completely ignored the Government’s valuation report obtained from BCQS, an independent commercial appraiser who valued 200 acres parcel of Joe Grant Cay, at USD 3.2 million for commercial use, exactly the amount of money asked by the Government in June 2008, which my development companies have paid in full.

What is more astonishing was the fact that His Hon Judge ruled (Para 36, The Judgement) ‘When instructing BCQS to give an alternative valuation, McAllister Hanchell did not tell them of the proposed development, so that their valuation made no allowance for the intended use of the land.’. The Learned Chief Justice has failed to recognize that BCQS valuation report specifically stated on Page 7 Item 3.5 ‘It is assumed that planning permission is available for the subdivision of the land for residential plots or for a commercial use.’ By omitting BCQS’s clear statement specifying “commercial use” in its report, The Hon. Chief Justice violated our right to a fair trial, and unfairly favored the Turks and Caicos Islands Government by omitting what the true valuation report states. Instead, the Hon. Chief Justice relied on a series of valuation reports prepared by the Turks and Caicos Island’s own employee Mr. Hoza, which are at best confused. Mr. Hoza’s valuation reports valued the 200 acre parcel at a whopping 45 million for commercial use!

For those who doubt that the Development of Joe Grant Cay is not innocent, I have only one question: We have paid 3.2 million in 2008 for this 200 acre land, and today, 6 years later, the same land has been sold for 4.04 million in an open market transaction ! I ask you what happened to the alleged tens of millions of dollars that the Government and some of our opponents claimed that this land was supposed to be worth?

I have the answer: The alleged valuation of this island was a big lie ! Joe Grant Cay’s 200 acre was never valued more than what we paid for. That was the exact reason why many internationally repute valuation companies as well as all the local valuation companies have valued it at the exact value that we paid for it. That is why both Hon. Governor Tauwhare, and later on Hon. Governor Whetherell have approved and executed the sale of this 200 Acre land to us for USD 3.2 million, and that was why the sale was approved by the Attorney General, TCI Invest, Ministers, and the Premier.

In fact, there was no “favor” from anyone for Joe Grant Cay. In fact, we have paid the true value of this land, and the shameless dark forces took away from us alleging the “undervalue” sale. The evidence is before you, the same land is now sold for USD 4.04 million after 6 years.

In the past five years, I have been victimized by politics. My assets were frozen and hundreds of people lost their jobs. I could have developed Joe Grant Cay and create much needed jobs, and further tourism income for Turks and Caicos Islands. I was denied my fundamental right to a fair trial in TCI, a red notice application has been filed with the Interpol for my arrest. I am calling upon the TCI Government and the Attorney General to end these groundless accusations against me, return my assets, and clear my name as I have done nothing wrong.